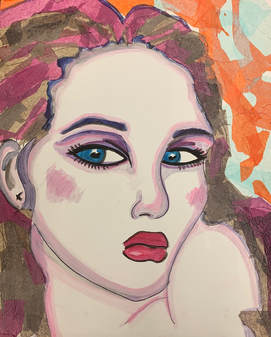 ​Last summer, 17-year old Shayla (not her real name) was referred to Neighborhood Studios from The Department of Children and Families. She was very distant and initially not interested in participating in any type of program. Although known to love music, she did not play an instrument or sing.

Her social worker recommended that she enter Conservatory -- our program for teens interested in the visual arts, media, music, theater, and dance -- and he suggested that she could choose to just be in the room and not participate.

During her enrollment interview, Shayla revealed that she liked to draw, and, In response to her interest, she was placed in the art class. At first, she was reticent to participate and repeatedly said that she “couldn’t draw.”

The teacher and director spent time with Shayla to gain her trust through easy-going conversations about her interests. The teacher, providing support and encouragement, told her, “Don’t worry. We will work together, and I’ll show you what you need to do to make a great portrait.” A relationship developed. And, Shayla took a chance.
Following the teacher’s lead and instruction, Shayla began to participate and produced an excellent portrait!
​
With newfound confidence and buoyed by the positive reactions to her first piece, she attempted a second…and a third…then a fourth!
She produced four portraits, three of which were sold at the Neighborhood Studios end-of-summer art show. More importantly, Shayla ended the summer having achieved a fantastic accomplishment: a better outlook of herself and her future. She continued at Conservatory in the Fall. 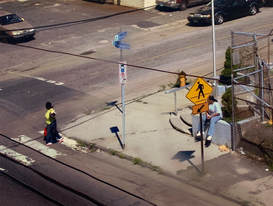 Makayla (not her real name), a 15 year old teen, entered a Neighborhood Studios' graphic design class. She was attending a charter school for youth as she had been struggling in the traditional public school environment.

She liked to draw, but didn't see a future in it.  She immediately latched onto the design classes and digital photography. The teacher was a great role model. He was a professional photographer who could explain the career in a very straightforward way. He was also very supportive and knew how to encourage this student to get the best photo and best design possible.

​She was determined to pursue her talents. With encouragement and support of Neighborhood Studios faculty, she applied to and was accepted by the Rensselaer Polytechnic Institute as a Graphic Arts major. She has since received her Bachelor of Arts degree and is continuing her studies at RPI toward a Master of Arts degree. 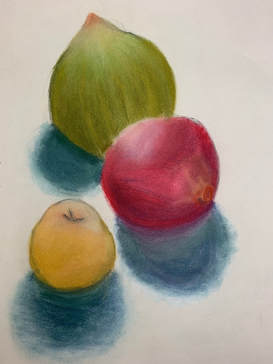 As part of their therapeutic plan, two youth were referred to the Conservatory. John (not his real name) was described as having anger management issues; he would often have fights in school. The other, Roberto (not his real name), was labelled as a suicide risk. He had few friends and was always very negative about himself. The two young men attended the Conservatory program throughout the year.

John was quickly struck by the way kids were treated differently at Neighborhood Studios. If there was a problem, youth were encouraged to leave class and talk with faculty and then were reintroduced into class in a consistent and respectful way. John revealed that he was getting into fights because he was defending kids who were being bullied. He thought he was the only one who could stand up for them.

John quickly became one of the most responsible youth in the program, taking on leadership and volunteer roles. While his art skills were very basic, his postcard design was selected and used by a local art gallery to promote an upcoming art show. His sense of self-worth and confidence soared.

It was discovered that Roberto was actually incredibly talented in art. He had never had an opportunity to show others his skills. When he started drawing in class, the other students were amazed and gathered around him to watch. He quickly became the most popular student in the class.

​Despite many other barriers in their lives, both youth graduated high school, and moved forward with a better understanding of their contribution. 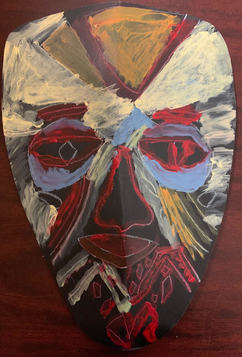 Thomas (not his real name), a youth with significant disabilities attended Camp Hart with a full-time aide, as well as support from a physical therapist and an occupational therapist. Thomas had limited communication skills which often caused him to be isolated from his peers.

Neighborhood Studios faculty soon discovered that Thomas loved to tell jokes. With their encouragement, the other youth, especially the younger ones, engaged with him to hear his jokes.

Older youth would help him by pushing his wheelchair when transitioning from class to class. All the youth would help him with art projects or dance with him in movement class. As a participant in the end-of-summer performance, Thomas took center stage and told several of his jokes to the delight of the audience and especially his parents.

The huge smile on his face indicated Thomas' sense of pride in his accomplishments and self-worth. 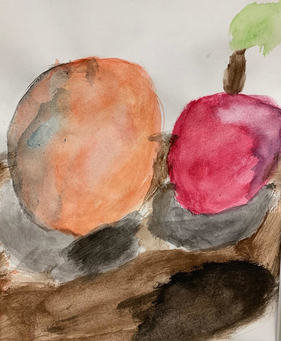 ​
An 11-year-old, Jose (not his real name), living in a residential program upstate, was referred to Neighborhood Studios’ summer program as part of the overall plan to transition him back to his home.  There was some speculation, however, that he might not yet be ready and would, in fact, need to return to the residential placement at summer’s end.

Jose was enrolled in Camp Hart, our summer program for children with special needs. At first, he did not participate in activities. He kept his headphones on and was distant.

Gradually the staff, without pressuring him, encouraged him to interact and engage with the other kids and adults.  He slowly warmed up to the experiences and even started to have fun with others during art, music, and recreational time.

By the end of the camp, Jose participated in the final performance playing the drums.
His parents were so delighted to see him be part of the show along side and cooperating with others on stage.
His social workers were equally impressed by his performance and the report of his growth over the summer.  They recommended that given his progress, it would be appropriate for him to return to his home for the school year.  Jose continuef to be part of after-school drum classes at Neighborhood Studios.

Neighborhood Studios is a registered 501(c)(3) non-profit organization that provides arts education thanks to the generous donations of people like you! Make a Difference Here